CJ 4DPlex has partnered with Les Cinémas Gaumont Pathé to open 30 4DX theatres in France, the Netherlands, Switzerland, and Belgium by 2020. The agreement, which includes plans to open six theatres by the end of this year, follows the opening of the first 4DX theatre in France at Pathé La Villette in Paris in March. 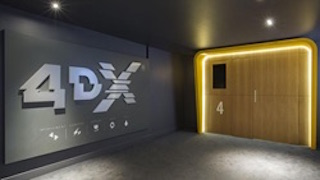 Pathé La Villette has achieved remarkable occupancy rates in the little over ten weeks since its opening. The highest occupancy rates during this time period were for Pirates of the Caribbean: Dead Men Tell No Tales, Guardians of the Galaxy Vol. II, and Kong: Skull Island.

“It is a great pleasure for us to announce that, through this roll-out agreement, 4DX will be able to reach more European consumers looking for the ultimate in cinema,” said Byung-Hwan Choi, CEO of CJ 4DPlex. “From the overwhelmingly positive response we’ve received from audiences so far, we believe our further expansions will also be met with great success.”