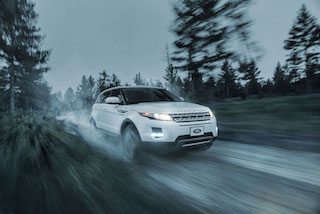 The campaign illustrates that a Range Rover Evoque is at home in both the city and in the mountains, and showcases its all-new and distinctive design features.

Each market will feature custom creative offering glimpses of various iconic landmarks relevant to each like New York’s Flatiron Building or San Francisco’s Golden Gate Bridge.  Shots of the Range Rover Evoque gliding along the city streets are woven throughout each spot. The spots run nearly two minutes in length and are targeted at city-dwelling, environmentally aware drivers.  They emphasize that the Range Rover Evoque is a car built for both the city and the off-road experience.