Land of Gold First to Film at Cherokee Nation’s Soundstage

The Cherokee Nation and its film office are celebrating the world premiere of Land of Gold, the 2021 winner of AT&T Presents: Untold Stories, and the first production of its kind to be filmed at the tribe’s studios and virtual soundstage located in Owasso. The film, directed by award-winning filmmaker Nardeep Khurmi, debuted at the Tribeca Festival in New York City this month. 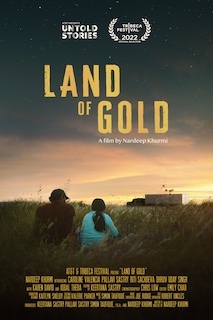 “This premiere illustrates the significance of Cherokee Nation having introduced groundbreaking film technology to our region,” said Jennifer Loren, director of the Cherokee Nation Film Office and Original Content. “It is truly exciting to see this film and the diverse production capabilities within our reservation and state being featured on a worldwide platform.”

In addition to its premiere, Land of Gold is also screening virtually on Tribeca at Home through June 26. The film will also be featured at the Bentonville Film Festival in Bentonville, Arkansas. 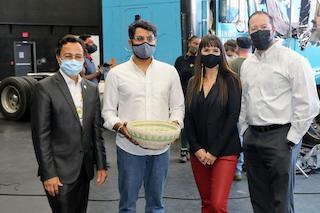 “Inclusive storytelling is important not only in front of the camera, but behind as well,” said Khurmi. “This story of hyphenated Americans could not have been made without the support of the Cherokee Nation, whose generosity allowed us to film our road trip sequences in comfort and in safety. I’m honored to have made my first film about what it is to be American with the collaboration of First Nations people. It is exhilarating, and I’m so proud of what we accomplished together.”

The film follows truck driver and expectant father Kiran, played by Khurmi, as his already tumultuous life takes a drastic turn when he sets out to reunite a young girl named Elena, played by Caroline Valencia, with her family after he discovers the child stowed away in a shipping container. 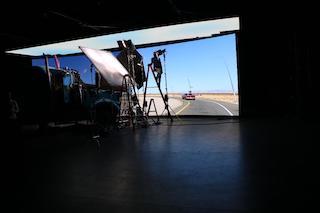 Each year the AT&T Presents: Untold Stories program awards a deserving, underrepresented filmmaker $1 million to produce their film and provides mentorship and first-look opportunities for distribution.

The tribe’s virtual soundstage, a first of its kind in Oklahoma and in Indian Country, includes 27,000 square feet located on more than four acres within the Cherokee Nation reservation.

Earlier this year, Cherokee Nation and its businesses also launched a powerful economic tool within the tribe’s reservation and expanded its effort to help grow the film and television industries in Oklahoma when Cherokee Nation Film Office became the first tribal film commission to offer an annual $1 million film incentive for productions filmed within its tribe’s boundaries.