Lady Sings the Blues on the Big Screen Again

In celebration of its 50th anniversary, Paramount Pictures, Turner Movie Classics and Fathom Event are bringing Lady Sings the Blues, the Academy Award-nominated biopic of the incomparable Billie Holiday, back to the big screen. 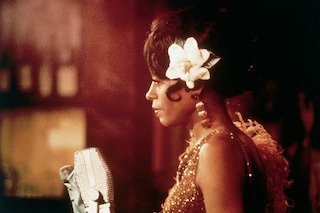 Fathom will present the film in select theatres on February 20 and 23.  Diana Ross made her feature film debut with a performance that earned her an Academy Award nomination for Best Actress.

Ross stars alongside Billy Dee Williams and Richard Pryor in this landmark film based on Holiday’s autobiography.

From working as a housekeeper in a brothel to headlining at Carnegie Hall, Lady Sings the Blues follows Holiday’s legendary, groundbreaking career – and her tragic death at age 44.