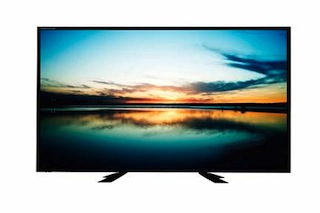 Earlier this month, For-A used two PS-840UDs to showcase its FT-One full 4K super slow motion camera during Cine Gear Expo in Los Angeles. A Quad MC converter from Keisoku Giken was used to connect the camera’s 4x3G-SDI outputs to the monitor’s HDMI inputs. “The new JVC PS-840UD is an ideal monitor for showcasing our slo-mo 4K camera to major players in high-end entertainment production,” said Hiro Tanoue, president, For-A Corporation of America. “The monitor delivers outstanding 4K images, and its 60p capabilities are ideal for playback of footage from our camera.”

Both models are designed for custom installations where high resolution is a necessity, such as video production studios and trucks, medical imaging, and conference rooms. The PS-840UD includes compatibility with the Intel open pluggable specification (OPS), which makes it a high-performance choice for high-end public signage display applications. Plus, the RS-840UD has been licensed with the Imaging Science Foundation (ISF) and includes a C3 mode for professional calibration. Precise settings are stored in the monitor for accurate reproduction of film or video content in a variety of viewing environments.

Developed specifically for rigorous commercial use, the monitors feature an IPS LCD panel with 120Hz refresh rate and 10 bit color depth. Housed in a slim bezel with a 178‑degree-viewing angle, the ELED Illuminated monitors produce vibrant, natural images from a variety of HD and 4K input sources, including HDMI 1.4a (single cable 4K up to 30p) and HDMI 1.3 (four cable 4K up to 60p). Other features include audio I/O for the built-in 15W speaker and a table base. Both monitors are compatible with the 3840x2160 60p signals provided by JVC's GY-HMQ10 4K compact handheld camcorder.

“HD is no longer the pinnacle of resolution for video professionals. 4K production is on the rise, and our new PS-840UD and RS-840UD provide the resolution that content producers need,” said Dave Walton, JVC assistant vice president of marketing communications.

The PS-840UD and RS840UD are backed by a three-year parts and labor on-site warranty, and are supported by JVC Professional’s technical support team. The PS-840UD 4K panel is marketed through JVC's authorized Pro Video resellers and has a suggested list price of $14,000. The RS-840UD, marketed exclusively through Avad, has a suggested list price of $13,500.