Juliana F. Hill Appointed to National CineMedia’s Board of Directors

Juliana F. Hill has been appointed to National CineMedia’s board of directors. She has also been appointed by the board to serve as a member of the audit committee. Hill brings her extensive financial, media industry, and outdoor advertising expertise to NCM, following a long career in finance with iHeartMedia, Inc. (formerly Clear Channel Communications), the number one audio company in the United States. 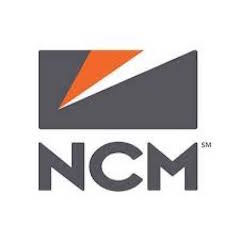 From 2013 to 2019, Hill served as iHeartMedia’s senior vice president of liquidity and asset management, and also led a steering committee for the separation of iHeart’s subsidiary, Clear Channel Outdoor Holdings.

From 2000 to 2010, she worked as iHeartMedia’s senior vice President of finance, where she created and managed the finance, corporate development and treasury functions during a period of high growth, including the company’s mergers with AMFM, Inc. and SFX Entertainment. Hill joined the company in 1999 as vice president of finance/strategic development.

Prior to joining iHeartMedia, Hill was an associate in US West Communications, Inc.’s executive development program, and an audit manager at Ernst & Young LLP. Hill is currently the owner of JFH Consulting, which provides financial and strategic advisory services. She holds a B.S. in accounting from Trinity University, an M.B.A. from the Kellogg School of Management, Northwestern University, and is a certified public accountant.

Hill was appointed to the National CineMedia board to fill the vacancy created by the death of David R. Haas, and is an independent director.

Commenting on Hill's appointment, National CineMedia board chairman Mark B. Segall said, “Julie’s extensive financial career experience and her perspective on the media industry make her a very valuable addition to our NCM Board. She saw Clear Channel and iHeartMedia through many stages in the company’s growth, and I look forward to working together with her in NCM’s evolution and growth, particularly as America is poised to return to the big screen and we get back to the business of uniting brands with the power of movies.”