ArsenalFX Color has announced that Joshua Baca, a co-founder, and partner in the company, is moving into a new role as chief technology officer. A 20-year industry pro, Baca has served ArsenalFX as a finishing editor and technologist since its founding in 2012. 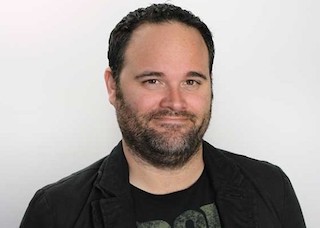 He will now focus exclusively on managing technical operations, research, and strategy. He will oversee an expansion of remote services and other emerging technologies as well as the company’s plans to establish satellite facilities across the United States and internationally.

“Josh has done a masterful job in implementing novel workflows and other innovations that have kept us at the forefront in post-production,” said company co-founder Larry Field. “He’s taking on an expanded role at a moment when the industry is undergoing massive changes and new production centers are appearing. It’s creating unique opportunities for our company and Josh will be a great asset as we work to take advantage of them.”

Baca recently oversaw the launch of Arsenal FX’s satellite facility in Albuquerque. Targeting television and film productions based in New Mexico, the site features an innovative remote workflow connecting it to the company’s main facility in Santa Monica. ArsenalFX plans to introduce satellite operations in other emerging production markets.

“We want to be able to serve productions wherever they are located,” Baca says. “My role is to ensure we have the infrastructure in place to provide dailies, color, editorial and other services nationwide and internationally—and the capability to do so efficiently and at a high level.”

During the pandemic, Baca led the implantation of cloud workflows as well as security technologies and protocols required to work remotely in accordance with industry standards. “The cloud offers us the chance to expand exponentially and to add resources instantly,” he says. “We are determined to stay ahead of the curve, while maintaining our unique boutique culture.”