Roundabout Entertainment has hired post-production industry veteran Jeannette Zepeda to fill the newly created post of executive director for business development, creative services. Zepeda will oversee sales and marketing for the facility’s post-production sound services, and for its newly expanded digital intermediates department, which provides color grading, editorial finishing and deliverables for features and television. She will also work with the facility’s senior management in developing new services and workflows to meet emerging market demands. 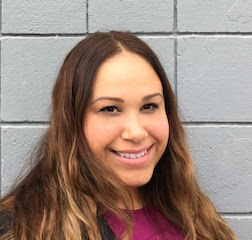 “We are very excited to add Jeannette’s considerable talents and enthusiasm to our sales team,” said Roundabout CEO Craig Clark. “Her knowledge of DI will be of enormous value to our effort to strengthen our ties with studios, independent producers and filmmakers.”

Zepeda has already been involved in several high-profile projects for Roundabout, including DI finishing for Terrence Malick’s Song to Song and an untitled project for director Paul Thomas Anderson.

Zepeda arrives at Roundabout from Modern VideoFilm where she served as feature post producer. She brings broad experience as a DI producer and project manager, and broad expertise in DI workflows and delivery standards. She began her career as an account manager at Modern VideoFilm in 2006.

In discussing her new role, Zepeda cited Roundabout’s status as a full-service, independent provider of post-production services. “At a time that is challenging for many post houses, Roundabout continues to grow, to add new services, and to explore new opportunities,” she said. “I’m excited to join a company with a supportive culture and a dedication to creativity and technical excellence.”