To celebrate the 40th anniversary of E.T. The Extra-Terrestrial, and, apparently, the 47th anniversary of Jaws, Universal Pictures and Amblin Entertainment have announced that, for the first time, the two Steven Spielberg classics will soon be released into cinemas in the Imax format. 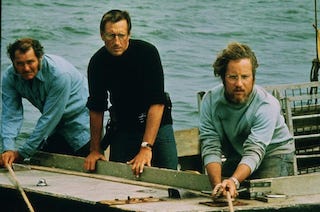 The story of a boy who finds a lost alien in his back garden and protects him from the authorities to help him return home, E.T. was originally released in the summer of 1982 and quickly became of the most beloved movies of all time. 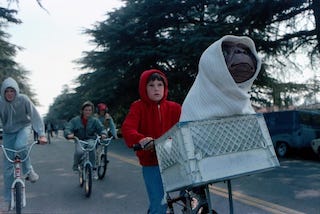 At one time, in 1983, it overtook Star Wars to become the highest-grossing movie.

The movie that took this accolade immediately before Star Wars was, of course, Jaws, where a great white shark terrorizes vacationers on Amity Island, and in 1975, it chomped its way through ticket sales to take the number one all-time movie in terms of ticket sales.

For any film fan the opportunity to see these classics on the big screen is always a treat, but to see them on a giant IMAX screen, with its accompanying huge sound system makes them nearly unmissable.

This story was first reported by Forbes.