Iconik Used for Remote Film Production During the Pandemic

The upcoming indie film release Boon, which was filmed in a remote location in Washington State is a modern Western starring Neal McDonough is a spiritual sequel to Red Stone and was shot using virtual production techniques. This ensured the number of on-site production staff were kept to a minimum. 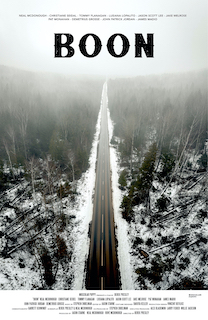 Iconik was used to manage footage during the project, enabling workflow continuity and remote collaboration for the Boon team.

Iconik simplifies the process of sharing media files, allowing teams to create, manage and distribute media content from any location. Users remain in control of their assets, with the ability to share or restrict access as required. Immediate access to footage in the cloud allows approved users to collaborate in real-time during production.

Boon director Derek Presley said, “Integrating iconik into our workflow on this film was a game-changer. It allowed me to easily review footage on-set with the cinematographer and change the shooting schedule accordingly. The ability to access and share raw footage almost immediately, allowed us to make adjustments to the production in ways that can really save a film.”

Iconik CEO Parham Azimi said, “We have seen an increase in demand for remote production solutions, especially over the last year with COVID creating barriers for a traditional approach to film-making. Iconik is an easy-to-use platform that enables teams to continue creating, editing, and distributing media content despite the challenges of the pandemic. It is designed to enable seamless, secure management and distribution of media files regardless of location.”