The Hollywood Professional Association awards committee has announced the nominees for the creative categories for the 2019 HPA Awards. A standard bearer for creative excellence and technical innovation, the HPA Awards honor outstanding achievement and artistic excellence by the individuals and teams who help bring stories to life. 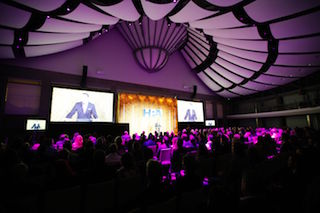 Launched in 2006, the HPA Awards recognize outstanding achievement in color grading, editing, sound, and visual effects for work in episodic, spots, and feature films. The winners of the 14th Annual HPA Awards will be announced at a gala ceremony on November 2 at the Skirball Cultural Center in Los Angeles, California.

A complete list of the 2019 HPA Awards Creative Category Nominees can be found on the association’s website www.hpaonline.com.

The recipient of the Judges Award for Creativity and Engineering, a juried honor, will be announced in the coming weeks. All awards will be bestowed at the HPA Awards gala.

The HPA Awards gala ceremony is a sold-out affair and early ticket purchase is encouraged.