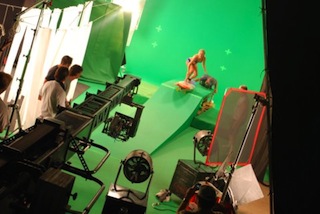 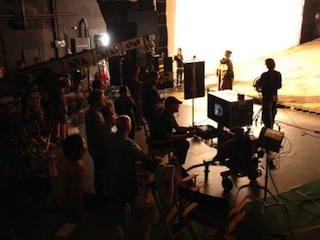 "We love being part of the HCS family,” says cinematographer Dan Schmit, owner of Engine Room.  "The studio lot is an inspiring mix of classic Hollywood and modern technology. We share a passion for shooting talent and bringing stories to life, and we have also contributed to the development of the HCS permanent green screen stages. This new alliance takes our relationship deeper, matching our creative and execution capabilities with Hollywood Center Studios’ premiere offerings, all for the benefit of our clients.”

“Having Engine Room at Hollywood Center Studios has been a perfect fit,” according to Jerry Cole, director of virtual and broadcast services at HCS. “As the industry forges new roads into digital storytelling, we’ve expanded and developed the palette of resources and facilities while maintaining the magic of the classic Hollywood production studio. We see the alliance with Engine Room as an opportunity to welcome even more of the industry into this one of a kind environment.”

HCS has added motion capture to its largest green screen facility, Stage 12, which, according to Schmit, “provides the hardware front-end required for the some of the more serious VFX production we specialize in.” Not all Engine Room/Hollywood Center Studio productions are focused on technology.  Many shoots are straight talent and/or product shoots that involve interior studio sets.