The Hip Hop Film Festival kicked off its fifth season August 6-9 with four days of film screenings, Master Cyphers, the Boss Pitch competition, and more. Thousands of filmmakers, movie lovers, and culture enthusiasts from all over the world gathered together for a series of live events and film screenings. The Hip Hop Film Festival continues through the month as filmmakers host special private watch parties. 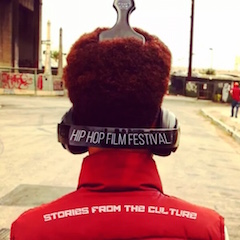 Fifty filmmakers had a chance to pitch the festival’s panel of industry executives and decision-makers during this year’s Boss Pitch competition. The panel included television producer and entrepreneur Mona Scott-Young; Big Fish’s senior director of development, Christine Westbury; Francesa Francios-Grimaldi, CEO of Crystal Ship Artists, and other high-level female industry executives. Twelve filmmakers received a golden ticke” to receive a sponsorship, partnership, or mentorship to help them develop their film projects and careers.

Along with showcasing their films, filmmakers received gems on how to navigate the business of filmmaking during the festival’s Master Cyphers. Filmmakers learned how to gain distribution for their films during Distribution Down Low: I Want to Sell My Movie/Series, sponsored by Seed&Spark. 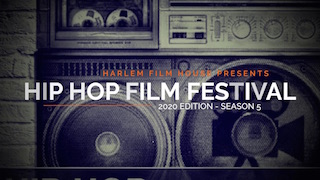 This year’s Power of Legacy Actor’s Workshop and Icon Cypher were big hits as filmmakers got to learn from some of Hollywood’s brightest stars, executives, and legends. Hollywood Casting Agent, Wendy McKenzie and Power actress, Naturi Naughton showed actors how to prepare to get their next big role during the Power of Legacy Actor's Workshop. Actor, Theo Rossi and Icon Living Award Recipient, Omari Hardwick, had a transparent and honest discussion on how to be a disrupter in the film industry during the Icon Cypher. Filmmakers received personal guidance from both Rossi and Hardwick on how to progress in their careers. “The biggest surprise for me is how some people try to relegate you to boxes. Being an icon is about being a disruptor,” said Hardwick.

The Hip Hop Film Festival continues through the month as filmmakers host special private watch parties. Winners will be announced during the Closing Awards ceremony later this fall. Ice Cube will also receive the Greatest Of All Time Award for his impact and contributions to film and culture at the ceremony.