Arts Alliance Media today announced that Grand Cinemas will introduce a MediaMation immersive MX4D Motion EFX Theatre to their forthcoming projects in Kuwait and Saudi Arabia which are due to open in 2022.  The announcement follows the news earlier this week that AAM is now the sole cinema reseller of MX4D products globally. 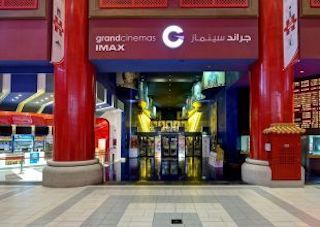 “We’re overjoyed to be bringing the power of MX4D to a new location in Kuwait as well as to our projects in Saudi Arabia,” said Salim Ramia, owner of Grand Cinemas. “The response to first introducing MX4D to the Middle East was outstanding, and we’re excited to share those unforgettable experiences with customers at our upcoming projects.”

Roberto Marabotto, AAM’s vice president of sales for EMEA said, “We’re delighted that Grand Cinemas have decided to extend their MX4D footprint and become our first partners as official resellers. Their ambition to introduce innovative formats to the Middle East and further revolutionize their customer’s cinematic experience is credit to their team, and we are thrilled to be part of their long and successful future.”