The triumphant start to October delivered new cinema recovery successes around the world, according to the latest box office report from London-based analytics firm Gower Street. China’s Golden Week brought blockbuster juggernaut The Battle at Lake Changjin, which by Monday (October 11) had already grossed $650 million to rank as China’s seventh biggest film of all-time. Combined with number two title My Country, My Parents, which has made $185 million so far, the holiday openers finally put Chinese box office back on the upswing after a concerning four months. 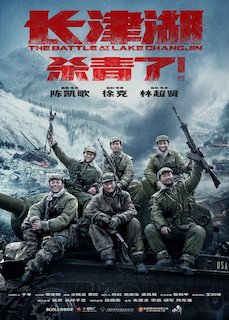 But while the Chinese titles have dominated globally, two English-language blockbusters have been making their own waves. This past weekend the long-awaited Bond sequel No Time to Die landed in the Domestic market, as well as France, Russia, and New Zealand. Meanwhile, Venom: Let There be Carnage scored big in its Domestic launch delivering pandemic-era best weeks in nine US states. The film also delivered the best Domestic market opening since Star Wars: The Rise of Skywalker in December 2019. 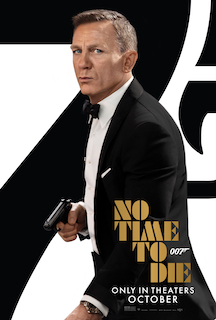 October continues apace with those two sequels, as well as Denis Villeneuve’s Dune (already the number one import performer of the pandemic in France) and The Addams Family 2, continuing their rollouts around the world and a host of new titles landing. In the next three weeks titles opening include Last Night in Soho, and Wes Anderson’s The French Dispatch.

Having hit a pandemic-era high of 89 percent, the market share of open movie theatres worldwide dipped marginally this week to 88 percent. The slight drop came in the EMEA region where figures slipped from 94 percent a week ago to 92 percent this past weekend. This was primarily caused by reductions in France (98 percent to 91 percent), Portugal (97 percent to 91 percent), and Italy (90 percent to 74 percent).

The Domestic market accounts for nearly $6.1 billion of the deficit against the three-year average. California accounts for $973 million of the deficit, with Texas $510 million, Florida $384 million, and New York $382 million. In total 48 states are now tracking ahead of 2020, with Massachusetts the latest to surpass its 2020 numbers at the same stage. Only New Hampshire and Vermont (alongside Washington D.C.) are still lagging behind 2020 figures. Nevada leads against 2020, tracking 62 percent ahead at the same stage, just ahead of Utah (61 percent). China has now grossed $6.1 billion in 2021, putting it 18 percent behind an average of the three pre-pandemic years (2017-2019) and approximately 232 percent ahead of the same stage in 2020. By April 17, 2021, China had already surpassed its entire 2020 box office.