The Golden Trailer Awards have announced the nominees for their 21st annual awards ceremony, which will be filmed at the Niswonger Performing Arts Center in Greeneville, Tennessee on Thursday, July 22. 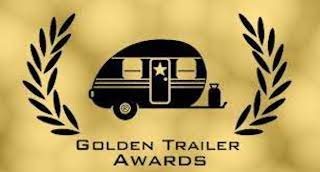 Content that was created between April 2019 and April 2021 from studios, independent films, and foreign films were eligible to enter the awards, including categories Trailer for a Feature Film; TV Spots for a Feature Film; Trailer/Teaser/TV Spot for a TV/Streaming Series; Home Entertainment Trailer; Poster; Radio Spot; Digital & Innovative Advertising; and Title Sequence. Honorees from various genres will be celebrated, from Action to Drama, Animation, Thriller, Documentary, and more.

Sisters Evelyn Brady-Watters and Monica Brady founded the GTAs to recognize the incredibly talented professionals who created the trailers and film marketing for new movies from the past two years. These professionals are the unsung heroes of the entertainment industry, whose great work fuels the movie and streaming business, although they largely remain anonymous as they aren’t typically credited at the end of the film or series.

Said Brady-Watters, “We’re absolutely amazed at the talent we’ve seen over the past couple years. Especially with the turbulent times we’ve had, we’re honored to celebrate the incredible and entertaining work of our industry professionals, whose craft shines through and entertains us through good times and bad.”

Monica Brady added, “We’re thrilled to recognize the talent of our nominees, and grateful for the opportunity to show appreciation for the stories they tell in culturally rich Greeneville, Tennessee this year.”

The jury consists of top-level directors, producers, actors, writers, executives, and advertising creatives. More information and a complete list of the nominees can be found on the GTA website https://goldentrailer.com/