Goldcrest Post provided post-production services for five films making their world premieres in the 2020 Sundance Film Festival. Four of those films, The 40-Year-Old Version, Nine Days, Save Yourselves! and Shirley, have each been accepted in the festival’s prestigious U.S. Dramatic Competition. The Truffle Hunters is included in the World Cinema Documentary Competition. The festival runs January 23 to February 2 in Park City, Utah. 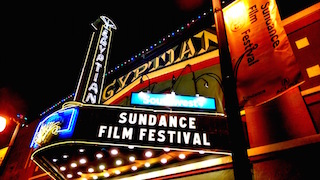 “We are thrilled to have contributed to these five wonderful films and congratulate the filmmakers for their acceptance into Sundance,” says Goldcrest Post managing director Domenic Rom. “Goldcrest Post’s roots are in independent film and we are committed to providing aspiring and established filmmakers with the talent and resources they need to deliver a world-class product.”

Nine Days, from director/screenwriter Edson Oda, is the fanciful story of a reclusive man who interviews prospective candidates for the privilege to be born. Goldcrest Post provided editing rooms and gear, color grading and editorial finishing services; Nat Jencks, colorist.

Save Yourselves!, from directors/screenwriters Alex Huston Fischer and Eleanor Wilson, is the story of a young Brooklyn couple who disconnect from their phones and reconnect with themselves, but miss the news that the planet is under attack. Goldcrest Post provided color grading and editorial finishing services; Nat Jencks, colorist.

Shirley is director Josephine Decker’s drama of a young couple who move in with the famed author, Shirley Jackson and her professor husband to find themselves fodder for the psycho-drama of Jackson’s next novel. Goldcrest Post provided color grading and editorial finishing services; Nat Jencks, colorist.

The Truffle Hunters is directors Michael Dweck and Gregory Kershaw documentary about a dwindling group of joyful old men and their faithful dogs who search for the world’s most expensive ingredient. Goldcrest Post provided color grading and editorial finishing services; Marcy Robinson, colorist.