With profound sadness, New York's Goldcrest Post announces the passing of post-production industry pioneer Jay Tilin on February 12 after a long illness. Head of production at Goldcrest Post since 2017, Tilin worked in the industry as an editor, visual effects artist and executive for 40 years. His many notable credits include the Netflix series Marco Polo, and the series Treme and True Detective for HBO. 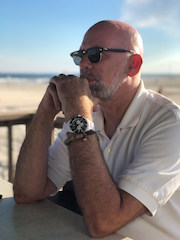 “Jay was an integral part of New York’s post-production community and one of the top conform artists in the world,” said Goldcrest Post managing director Domenic Rom. “He was beloved by our staff and clients as an admired colleague and valued friend. We offer our heartfelt condolences to his family and all who knew him.”

Tilin began his career in 1980 as an editor with Devlin Productions. He also spent many years at The Tape House, Technicolor, Riot and Deluxe, all in New York. He was an early adopter of many now standard post-production technologies from the advent of HD video in the 1990s through more recent implementations of 4K and HDR finishing. His credits also include the HBO series Boardwalk Empire, the Sundance Channel series Hap and Leonard, the PBS documentary The National Parks and the Merchant Ivory feature City of Your Final Destination.

He also contributed to numerous commercials and broadcast promos. A native New Yorker, Tilin earned a degree in broadcasting from SUNY Oswego.

Tilin is survived by his wife Betsy, his children Kelsey and Sam, his mother Sonya and his sister Felice (Trudy). He is preceded in death by his father Sam.