For the fifth consecutive year, the award for outstanding writing of a Nordic drama series, funded by Nordisk Film & TV Fond, will be handed out during TV Drama Vision, Göteborg Film Festival’s conference event and series market. Five drama series from Denmark, Finland, Iceland, Norway and Sweden have been nominated for the prize, which will be awarded to the main writer. 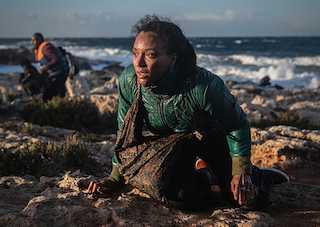 The 44th Göteborg Film Festival will run January 29 to February 8, 2021 as an online festival due to the COVID-19 pandemic.TV Drama Vision will take place online February 3-4.

Liselott Forsman, CEO at Nordisk Film & TV Fond said, “The Fund is extremely proud to celebrate Nordic script writing, in partnership with Göteborg Film Festival’s TV Drama Vision, by shedding extra light on the talents behind these five enchanting narrations. The variety of form and expression shows the present high Nordic quality in multiple genres, in old, new and mixed ones. Congratulations to all nominees!”

The five nominees are:

Matti Kinnunen for Cargo, an eight-episode drama series about human smuggling and a group of people who experience it firsthand. 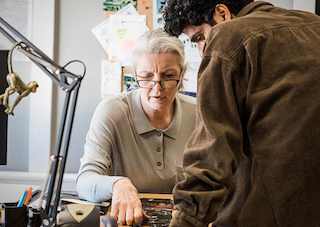 Maja Jul Larsen for Cry Wolf, the intense and emotional story of a teenage girl who has written a vivid school essay detailing her stepfather’s violent behavior

Jóhann Ævar Grímsson for Sisterhood. When the priest Elisabet, the chef Anna Sigga, and the practical nurse Karlotta hear the news, about the discovery of the skeletal remains of a young girl it shatters their calm existence.

Cilla Jackert for Thin Blue Line, a story about the lives of four police officers as they struggle to keep their human values intact.

Kim Fupz Aakeson for Welcome to Utmark. Somewhere in the Nordic wilderness, in a place that lives by its own rules, lies Utmark.