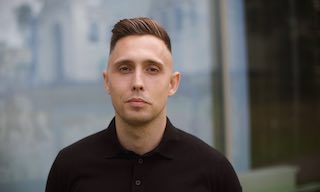 Since 2019 he has also been a part of the editorial team for the festival’s annual Nostradamus report. Most recently, Kullengård has worked with strategic development of audiovisual production and talent in southern Sweden as a developer and acting manager at Filmregion Sydost. Other experiences include head of Program at the Carl International Film Festival and festival producer at the Malmö Arab Film Festival.

"The last few years have been revolutionary for the film industry,” said Göteborg Film Festival CEO Mirja Wester. “As a result, many industry players are looking for sustainable business models to adapt to the audience's new behavior. Film festivals need to stimulate and support the industry in these changing times. Kullengård with his passion for film and broad knowledge of the industry's challenges is ideal for the role as the festival's Head of Industry and we are very happy to welcome him back to Göteborg Film Festival."

"I feel honored and inspired to return to Göteborg Film Festival in the role as the new head of industry,” said Kullengård. “Nordic Film Market and TV Drama Vision have unique positions as progressive industry platforms as well as exclusive business meeting points. My focus will be to cultivate this identity, and to continue evolving the strategic development and positioning of the industry programs together with the great festival team."

Kullengård will start his work on October 1.