Cinessance, which its founder calls the first French-film streaming platform, launched today in the US and Canada. Consumers will have access to a curated catalogue of classic and modern movies with subtitles in French and English for $6.99/month as well as pay-per-view options. 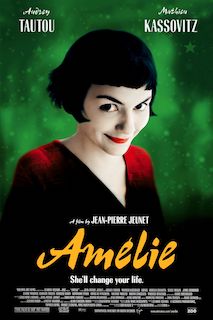 France is the second largest exporter of movies in the world, but only three percent of Netflix's catalogue features French films, according to a recent study from Unifrance, French expats, Francophiles and cinema-lovers have had no option to access the award-winning and globally recognized catalogue of French cinema. Cinessance's catalogue offers movies starring classing actors such as Gérard Depardieu, Catherine Deneuve, Jean Gabin, and Louis de Funès, as well as modern actors such as Jean Dujardin, Ana Girardot, Marion Cotillard, and Vincent Cassel.

Cinessance offers a place to explore the catalogues of beloved actresses such as Audrey Tautou from Amélie, Camille Cottin from the recent hit show Call My Agent and Romy Schneider from the classic 1969 movie La Piscine, which was revived for an unprecedented 16 weeks in New York City this past summer.

Cinessance is launching with a wide array of movies, acquired from many of the most established French studios, such as TF1 Studio, StudioCanal and EuropaCorp, with plans to expand the catalogue to 500 movies as early as mid 2022.

Clément Monnet, Cinessance founder & CEO, is a French expat who's lived across four continents including Europe, Asia, South America and North America. He said, "I've lost count of the number of times I've tried to watch a French movie and couldn't find it online. Like many French expats, I try to stay connected with my roots and to share my culture with others, so I couldn't be more excited to share the gift of French film via Cinessance."

A self-described serial entrepreneur, he co-founded Voom, which has been called the "Uber for Helicopters."

Cinessance is available on the web and app for both iOS, and Android with support for casting via Chromecast and AirPlay. More streaming services options are planned to be added in the coming months, including support for ISPs and smartTVs thanks to their partnership with MyBundleTV and 24i respectively.