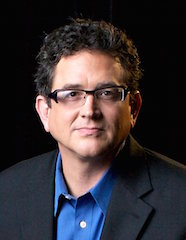 Patterson will provide strategic leadership and oversee the planned expansion of Pinewood Atlanta Studios, ensuring its continued success with film, television, music, video games, digital and other production. He is also charged with leveraging the Studio’s existing assets to attract emerging technologies and complementary businesses that can benefit from Pinewood Studio’s state of the art facilities and technology offerings.

“Frank is very experienced in all forms of movie production. He has a keen understanding of how emerging technologies are impacting on the future of the creative screen industries. I am delighted he has chosen to join Pinewood Atlanta Studios,” said Ivan Dunleavy, chief executive of Pinewood Studios Group.

A 30-year veteran of the entertainment industry, Patterson currently serves as chief creative officer and is co-founder of Pulse Evolution Corporation, a digital media company that produces computer-generated human likeness applications. In 2014, Patterson produced the Billboard Music Awards performance that featured a hyper-realistic digital human in the likeness of the late Michael Jackson.

Patterson also serves as Dean of Florida State University’s College of Motion Picture Arts. He has taught film production at three universities with top-ranked film schools and was named by The Hollywood Reporter as one of the nation's top mentors to a generation of Hollywood filmmakers.

“As new entertainment technologies like virtual reality influence the evolution of Hollywood and the film industry at large, I’m excited by the unbridled opportunity Pinewood Atlanta Studios presents,” said the self-proclaimed tech geek Patterson. “My goal is to further position Pinewood Atlanta Studios as the premier entertainment ecosystem, where companies cluster in a symbiotic atmosphere that benefits all and helps fuel the growth of Georgia’s booming motion picture, television production, digital, music and gaming industries.”