U.S.-based Leftfield Entertainment has chosen to deploy Forbidden’s Forscene across its group of production companies to provide a flexible and efficient post-production solution. The purchase comes after the cloud-based post-production platform was tested on the series Football Town. Forscene provided remote access to media, allowing producers in the field to collaborate with the post-production team back at base, expediting media processing and ingest as well as transcription. 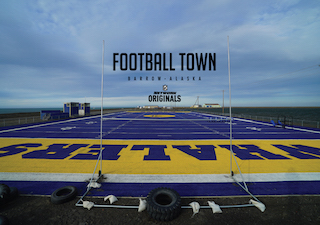 "When we first demonstrated Forscene to Leftfield Entertainment at NAB earlier this year, they were impressed with the platform's capabilities — particularly our compatibility with Avid and multicam and multigroup functions," said Jason Cowan, business development director at Forbidden. "Leftfield were quick to recognize the potential benefits of using Forscene for high-shoot-ratio productions with dispersed teams. We're pleased that the platform has now proven its worth and look forward to introducing Forscene across the group."

Added Danielle DiStefano, Leftfield Entertainment's vice president of post-production, "We have been extremely happy with our experience in testing Forscene and the positive effect it has had on our post workflow. We're looking forward to seeing what this product can do for us on a larger scale."

Leftfield Entertainment is a full-service production group that produces some of the most creative, headline-grabbing, and genre-defining programming in the U.S., including History channel's Pawn Stars and Counting Cars, produced by production company Leftfield Pictures, and Bravo's The Real Housewives of New Jersey, produced by LFE's Sirens Media. With a firm footing across the non-scripted landscape, Leftfield Entertainment produces more than 600 hours of programming for over 30 networks in the U.S. and U.K. In addition to Leftfield Pictures and Sirens Media, the group currently includes Loud TV, Outpost Entertainment, and Riot Creative.