With the support from Consulate General of Japan – Los Angeles, the inaugural edition of the Global Stage Hollywood Film Festival will be at the TCL Chinese Theatre in Hollywood October 28-29. The opening film will be Poupelle of Chimney Town which has been recognized with several awards, including a Japan Academy Film Prize for Excellent Animation of the Year, a Cristal Award nomination from Annecy for Best Feature, an Annie awards nomination for Best Music – Feature, and a Satoshi Kon Award nomination from Fantasia for Best Animated Feature. 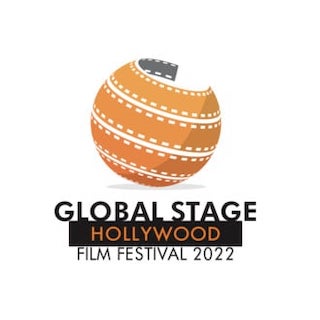 This year's festival is being produced by Douglas Montgomery, founder and CEO of media consulting company, Global Connects Media.

"The changes in the global entertainment industry have been accelerated greatly by the effects of Covid 19 and the work from-home-culture.,” Montgomery said. “Audiences more than ever are open to content from different cultures and the Global, diverse cultural community is perfectly positioned to take advantage of this opportunity. We are very excited to show the wonderful, curated films and panels at GSH 2022."

In addition to the opening film, the festival lineup consists of four feature films, two documentaries (one world premiere, one North American premiere) and a selection of shorts, encompassing a broad range of genres reflecting the diversity of world cinema. Highlights include two Best International Feature submissions for the Academy Award.

Goddamn Asura, Taiwan's official submission, is a "multi-layered psychological drama" that delves into a random shooting by an ordinary teenager through six characters, a popular video game and an alternate reality. The feature picked up a Golden Horse and three Taipei Film Awards.

Cinema Sabaya, Israel's official submission for Best International Feature at the 95th Academy Awards, follows eight women from different sides of the Middle East conflict who participate in a video workshop using footage they have shot of their lives. The film was Israel's own Ophir award winner and is therefore automatically put forward as the country's submission.

Rounding out the festival will be three industry panels, taking cinema fans deep into Hollywood and the global entertainment business.