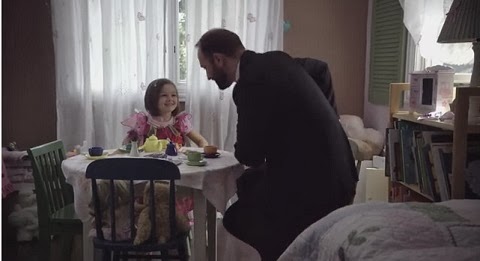 The advertising awards season is in full swing and Filmworkers, Nashville, is proud to have contributed to a number of local and regional campaigns that are bringing home the gold.

At the Nashville American Advertising Awards, Lewis Communications won Best of Show/Broadcast for its campaign for the Monroe Carell Jr. Children’s Hospital at Vanderbilt. Filmworkers’ Tim Moore was the editor and Jimmy Cadenas provided color-grading services for the campaign, which employs the tagline “Your child’s very own hospital.”

“The campaign focuses on small things that good parents do every day for their children,” notes Lewis Communications associate creative director/art director Sharon Harms. “One key to the success of the commercials was editorial and timing. Tim did a great job in telling believable stories, and Jimmy created a look that is authentic.”

The Buntin Group picked up two awards at the Midsouth Emmy Awards (sponsored by the Nashville Chapter of the National Association of Television Arts & Sciences) for work that was finished at Filmworkers. Its Cash Cow campaign for the Tennessee Lottery won for Best TV Campaign. Its Chinet spot Lost Art won for Best Commercial. Moore was the editor and Cadenas was the colorist for both projects.

Although the television ads had different directors, Filmworkers helped to give them a consistent look. “Jimmy’s color and Tim’s VFX and editing were key to making the spots flow as a campaign,” she says. “In addition to winning lots of awards, the campaign is selling well. It’s also one of the client’s favorite campaigns.”

The strategy behind Chinet’s Lost Art was to show how the product can revive the vanishing tradition of the get-together. Buntin Group creative director Clayton James imagined a woman strolling through a Lost Art exhibit composed of dioramas of dinner parties, block parties and other social gatherings of the past.

Filmworkers’ Moore was involved early in the project in helping to plan for the complex (and stunning) visual effects required by the concept.

“Filmworkers provided a turnkey solution for this VFX-intensive commercial and that was extremely helpful,” James says.  “Not only has the commercial received critical acclaim but it also has resonated with viewers. Our client has received many letters saying how the commercial inspired them to invite friends for get togethers.”