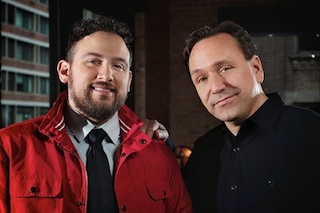 The new venture will also feature the talents of art director Daniel Pernikoff, who joins Filmworkers from Method Studios, as well as a team of compositors and animators. Technical resources include multiple Autodesk Flame and The Foundry Nuke workstations, and a variety of CG, visual effects and animation desktop systems. The group will work out of an artists studio environment, newly-built within the Filmworkers facility.

Visual effects work at Filmworkers has been growing steadily in response to Churchill’s success for such brands as McDonald’s, State Farm, La Quinta, Embassy Suites, Capital One and Pizza Hut. The added personnel and technology will enable the company to tackle more and more complex projects, while the studio environment will help it retain a creative focus and one-on-one relationships with clients.

“We now have enough horsepower under the hood to take on the most demanding projects,” says Churchill, who has been on staff at Filmworkers since 1997.  “We can do it all, technically and creatively, from concept through finish.”

Churchill’s Studio is fully integrated with Filmworkers and all of its post-production resources, as well as with hybrid digital production studio Vitamin. “We can draw on an incredible pool of artists and resources,” says Churchill. “We have the best talent in Chicago.” Churchill expects the Studio to expand further before the end of the year.

In its first project, Churchill’s Studio has produced a fully animated spot for amusement park operator Cedar Fair and its new ride, Banshee. Pernikoff served as art director on the project. “It was great to have the whole team of artists working on the project in the same studio,” Churchill says. “It made it easy to trade ideas and comments, which is so important to doing great work—and it shows in the finished product.”

Pernikoff brings diverse experience as a motion graphics designer, animator, compositor and director. A graduate of Rhode Island School of Design, he began his career with Digital Kitchen, Chicago, and later spent six years in New York where he worked through Brand New School, Thornberg & Forester, Imaginary Forces and other shops. He returned to Chicago in 2012 and joined Method Studios as a compositor, designer and animator. His resume includes advertising work for Budweiser, Coors, Cadillac and Lincoln, as well as broadcast work for Comedy Central, Bravo and ESPN.

Pernikoff says he is eager to take on the challenge of helping Filmworkers build its visual effects and animation capabilities. He adds that he is also impressed with the creative ambitions of Churchill and his team. “The energy level and passion were just what I was looking for,” Pernikoff says.