Director, writer, producer James Hu has created the Silent No More Project to bring attention to the ever-increasing hate crimes on Asians since the previous administration’s leaders used racists words to describe the COVID pandemic. The reckless and casual use of these dangerous words in their rhetoric has garnered a direct correlation to incite people to blame Asians and take verbal and physical attacks on Asians. 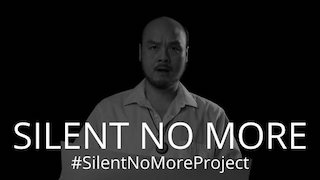 The first series of PSAs entitled, Words Matter, Silent No More, Protect Our Community, and We Are Not the Model Minority will air this month. In pre-production is Reflections, a powerful look into Asians often seeing themselves as the invisible minority. Hu is taking this project from PSAs to producing a feature documentary for national release to educate and tell the story of how Asians endured the attacks and lynchings contributed to this great nation, and inspire Asian-Americans to raise their heads, be proud, and be silent no more.

“I prefer to be called an American rather than an Asian-American as that dash seems to segregate and labels us as the perpetual foreigner,” said Hu.

As a filmmaker and a US Army veteran based in Los Angeles and a proud American, Hu would like everyone to spread the word by sharing these PSAs against hate and unite the Asian community across the country and the world. “We need to a strong message that these hate crimes are not tolerated, we are not afraid, and let the politicians know that using words like Kung Flu and China Virus is racist, dangerous,” Hu said. “And as U.S. Congresswoman Grace Meng puts it, it places a huge bullseye on the backs of every Asian-American.”

“I couldn’t be silent anymore myself as I see the rise in attacks on Asians,” Hu added. “I’m afraid for my mother even when she steps out of the house to take the trash out. I asked myself how I can contribute and make a change for the better rather than not saying anything and hope it fades into the ether, and it was right in front of me. I can make visual messages to educate, inform, and convince my fellow Asians to speak up, step out of the shadows, and be silent no more.”