Award-winning supervising sound editor and re-recording mixer Will Files has joined Sony Pictures Post Production Services. Files, who spent a decade at Skywalker Sound, brings credits on more than 80 feature films, including Passengers, Deadpool, Star Wars: The Force Awakens and Fantastic Four. Files won a 2018 MPSE Golden Reel Award for his work on War for the Planet of the Apes. His current project is the upcoming Columbia Pictures release Venom out in U.S. theaters October 5. 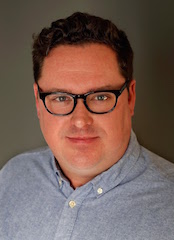 “Will is a brilliant sound artist with an impressive resume and an uncanny ability to enhance stories through sound,” says Sony Pictures Post Production executive vice president Tom McCarthy. “It’s great to be welcoming him to Sony Pictures at a time of real momentum for our sound team.”

Files calls joining Sony Pictures Post Production Services a great opportunity. “Sony has some of the best mix stages in the world,” he says. “The facilities are extraordinary, and I’m so happy to be here.”

He adds that he was also attracted by Sony Pictures’ ability to support his work both as a sound editor/sound designer and as a re-recording mixer. “I tend to wear a lot of hats. I often supervise sound, create sound design and mix my projects,” he says. “Sony Pictures has embraced modern workflows by creating technically-advanced rooms that allow sound artists to begin mixing as soon as they begin editing. It makes the process more efficient and improves creative storytelling.”

Files describes the stage as “a sound designer/mixer’s dream come true. It’s a medium-size space, big enough to mix a movie, but also intimate. You don’t feel swallowed up when it’s just you and the filmmaker. It’s very conducive to the creative process.”

Files began his career with Skywalker Sound in 2002, shortly after graduating from the University of North Carolina School of the Arts. He earned his first credit as supervising sound editor on the 2008 sci-fi hit Cloverfield. His many other credits include Star Trek: Into Darkness, Dawn of the Planet of the Apes and Loving.