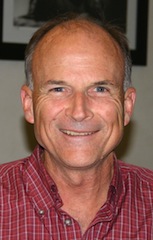 Colorfront has appointed Bill Feightner as its new chief technology officer. Feightner’s appointment coincides with him being awarded the 2013 Technicolor/Herbert T. Kalmus Medal, by the Society of Motion Picture and Television Engineers (SMPTE), for his extensive contribution to the art and science of digital motion picture film image science.

Based in Los Angeles, California, Feightner will lead Colorfront’s services and consulting business. He will also drive the development of Colorfront’s market-leading tools into new areas color and image-science, calibration, as well as remote, collaborative production and post-production operations.

Feightner is well known across Hollywood’s digital cinema community for developing countless innovations that have advanced the state of the industry. He brings more than 35 years of experience to Colorfront, and arrives with an intimate knowledge of Colorfront technology having worked closely with the company on file-based workflows and pioneering the Digital Intermediate process.

Feightner began his career as technical director of Compact Video, before moving on to similar roles at Laser Edit and Composite Image Systems. He was co-founder and, most recently, CTO and executive vice-president of technology at EFilm Digital Laboratories (part of Deluxe Entertainment Services Group).

Aron Jaszberenyi, managing director of Colorfront said, “Bill is an icon, recognized industry-wide as one of the top image science experts in the field. We worked closely with him at EFilm for over a decade, and have been continually impressed by how his cutting-edge vision as a champion of file-based workflows has gone on to be accepted as the mainstream. His expertise will be invaluable as Colorfront further expands into high-end image processing, custom development, consulting and other workflow services.”

Feightner said, “Colorfront has built its enviable market-leading reputation on solid technology born out of collaboration with customers in cinema and broadcast production. We will build on those strong foundations and harness the phenomenal capabilities of Colofront technology for new services to be announced very soon.”