A federal judge has sided with the state of New Jersey, for now, saying that it can keep movie theatres closed at the same time religious services or other indoor gatherings are allowed. 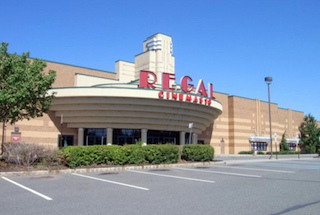 U.S. District Court Judge Brian R. Martinotti denied a temporary restraining order sought by the National Association of Theatre Owners on behalf of six New Jersey movie theatre chains, but scheduled a hearing for August 4 on their request for a preliminary injunction. Arguments will be heard and briefs will be filed in the weeks leading up to the hearing.

The judge said plaintiffs “have not satisfied the stringent standard for granting this extraordinary relief,” the judge wrote in his ruling. “They had ample opportunities to file a request for a temporary restraining order after the governor’s initial executive order, subsequent modifications thereto, and the filing of this complaint. It is noteworthy that, as plaintiffs file this application, states that initially ordered the re-opening of indoor movie theaters have once again ordered their closure in response to rising COVID-19 infection numbers.”

As a follow up to their initial complaint, NATO filed a brief this week that said, “As the nation seeks to recover from a global virus outbreak that has disrupted the normal flow of daily life for most Americans, plaintiffs, movie theater owners in New Jersey, along with the state and national associations of theater owners, have worked proactively to be able to reopen movie theaters in a manner consistent with protecting the public’s health,” exhibitors wrote, noting that political leaders and health officials in 45 of 50 states had deemed their safety precautions to be adequate. “Not so in New Jersey.”

Officials in the state, the brief added, “have not based this discriminatory treatment on any identifiable differences in public health risks, nor do they claim that movie theaters pose a greater health risk than these other venues, some of which present far more difficult challenges to practices such as physical distancing.”

Murphy and his co-defendants “have instead based this discriminatory treatment on their naked preference for certain types of speech and blind indifference to the rights and interests of plaintiffs and their patrons,” the exhibitors’ brief said.

The lawsuit, which was filed last week called their treatment by the state "neither fair nor reasonable," and asserted that Murphy's administration has allowed churches, malls, museums and other establishments to reopen without laying out a timetable for the reopening of movie theatres and other entertainment venues.

A spokeswoman in Governor Murphy’s office said they do not comment on pending litigation.