Fathom Events is proud to announce the return of the Emmy Award-winning television sitcom, The Golden Girls, to select theatres nationwide for the second consecutive year.  Forever Golden!  A Celebration of the Golden Girls hits movie theatres for two nights, June 7 and 14. 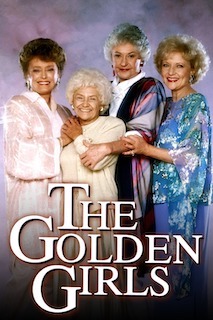 The series, starred Bea Arthur (Dorothy Zbornak), Betty White (Rose Nylund), Rue McClanahan (Blanche Devereaux), and Estelle Getty (Sophia Petrillo) as four women in their golden years who share both a home and a friendship in Miami, Florida.  This special event will feature some of the most memorable episodes from the series.

Forever Golden!  A Celebration of the Golden Girls will play in movie theatres on Tuesday, June 7 and Tuesday, June 14 at 7:00 p.m. All times are local. A complete list of theatre locations is available on the Fathom Events website. Participating theatres are subject to change.