The WWE and Fathom Events have announced a new agreement that brings WrestleMania, WWE’s biggest event of the year, to movie theatres nationwide. The two-night event will air live on Saturday, April 2 and Sunday, April 3 at 8:00 p.m. ET from AT&T Stadium in Dallas. 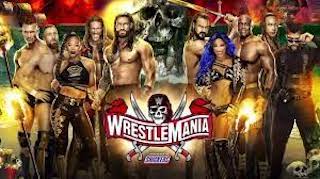 “Fathom Events is the leader in the event cinema industry, and they can deliver a unique and exciting experience to WWE fans who can’t make it to Dallas for WrestleMania,” said Emilio Revelo, WWE vice president. “We are thrilled to partner with them as we bring our biggest event of the year to big screens nationwide.”

“Any fan knows that WrestleMania is WWE’s most pivotal event and Fathom Events is excited to bring these blockbuster match-ups to movie theatres nationwide,” said Ray Nutt, CEO of Fathom Events. “We’re also very proud to be working with WWE on this event and many more in the future.”

WrestleMania will not be available in theaters in Texas.