The Metropolitan Opera rang in the new year with an acclaimed new staging of Verdi’s classic tragedy Rigoletto by director Bartlett Sher, and on Saturday, January 29, at 12:55pm EST, the production will be distributed live to cinemas, over Fathom’s Digital Broadcast Network as part of The Met: Live in HD series. 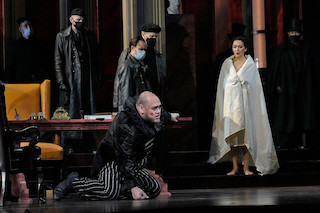 Critics loved the performance. “A compelling new Rigoletto … A detailed, dramatic staging, full of insights … Quinn Kelsey had a breakthrough as the jester Rigoletto … Rosa Feola, who had an outstanding Met debut as Gilda in 2019, was back in the role, and even better now. Her plush, warm voice carried effortlessly … Piotr Beczała brought clarion sound and pinging top notes … The chorus and orchestra excelled under the conducting of Daniele Rustioni.” —The New York Times 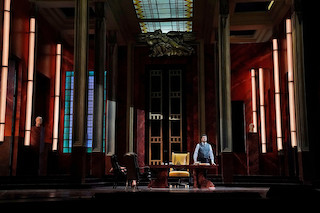 Conductor Daniele Rustioni takes the podium to lead a cast starring Quinn Kelsey in his Met role debut as the tragic jester Rigoletto, Rosa Feola as his sheltered daughter Gilda, and Piotr Beczała as the licentious Duke of Mantua. Varduhi Abrahamyan makes her Met debut as Maddalena, and Andrea Mastroni is Sparafucile.

Fathom Events will also present an encore of Rigoletto on Wednesday, February 2. A complete list of theater locations is available on the Fathom Events website or at participating theater box offices.