Fathom Bringing the Royal Wedding to the Big Screen 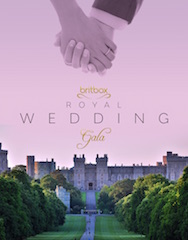 “There’s something special about witnessing history unfold,” said Fathom Events CEO Ray Nutt. “We’re thrilled to partner with BritBox to give moviegoers across the country an opportunity to watch one of the most exciting events of the year in a grand, cinematic setting.”

“We are honored to present Harry & Meghan: The Royal Wedding to a U.S. audience in such a big way,” said BritBox president Soumya Sriraman. “A Royal wedding has never before been screened in movie theaters, but we believe that an event as monumental as this one is fit for the big screen.”