Fathom Events will be expanding to more than 1,500 locations nationwide so that more people can participate in the one-day-only event honoring what would have been Betty White’s 100th birthday on Monday, January 17. The film Betty White: A Celebration is a reflection on the beloved actresses’ amazing life and career. 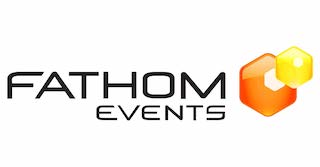 White herself looked forward to this party. The film’s producer, director, and long-time chronicler of White’s life, Steven Boettcher, added “We didn’t want her birthday to pass without bringing together all the people that love her, from her co-stars and friends to her many millions of fans of all ages, to celebrate what made Betty a national treasure.”

White granted exclusive access to filmmakers Boettcher and Mike Trinklein in the making of this special movie event.  Special guests include Ryan Reynolds, Carol Burnett, Valerie Bertinelli, and Jennifer Love Hewitt—and dozens of other celebrity friends who offer their tribute to this beloved icon.

“Fathom is honored to be a partner in this movie celebrating Betty White,” said Ray Nutt, CEO of Fathom Events.  “We all mourn her passing and the fans have spoken.  In response to that incredible demand, we’re adding hundreds of new locations and opportunities for fans to celebrate her legacy.”

Betty White: A Celebration includes one particularly poignant exclusive—her final on-camera appearance, recorded just ten days before her passing. Its special message expresses her deep appreciation for her fans—and demonstrates that even in her final days, she never lost her sense of fun.