Father and son re-recording mixers Michael and Christian Minkler have joined the growing roster of sound talent at Sony Pictures Post Production Services. The Minklers, who mixed the current Columbia Pictures release Concussion in Sony Pictures’ Burt Lancaster Theatre, have been working at the studio since last year, but are now on a formal basis. The pair previously mixed Insurgent on the Sony lot and are currently collaborating on The Hateful Eight.

“The name Minkler is synonymous with excellence in sound,” says Sony Pictures Post Production Services’ Tom McCarthy. “We are thrilled to welcome these two exceptional artists to the Sony Pictures family and look forward to working with them on many memorable and inspiring projects.” 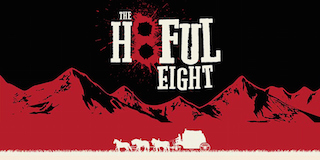 “Sony has a wonderful stable of talent, great mix stages upgraded with the latest technology, and excellent engineering,” says Michael Minkler. “We are on the cusp of a major shift in movie sound. The integration of picture and sound nearly complete and that will allow us to do some magical things. Sony understands that and is ready to make the move.”

Michael Minkler is a three-time Academy Award-winner (11 nominations) with more than 250 motion pictures to his credit.

He was awarded Oscars for Black Hawk Down, Chicago and Dreamgirls, and won the Cinema Audio Society’s Career Achievement Award in 2006. He has worked alongside many of the world’s finest directors, including Quentin Tarantino, Ridley Scott, James Cameron, Christopher Nolan, Francis Ford Coppola and George Lucas.

Christian Minkler began his career with Skywalker Sound and got his big break as a mixer on Oliver Stone’s Natural Born Killers. Other notable credits include Independence Day, The Alamo, August: Osage County, Ride Along and the television series Bloodline. He received a BAFTA nomination for Babel. 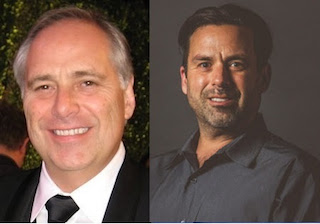 Michael and Christian Minkler are part of a family of Hollywood sound talent extending four generations. Michael’s grandfather Darrell was a movie sound pioneer who contributed to the development of Vitaphone. His father Don was a re-recording mixer whose credits included Easy Rider and Five Easy Pieces.

“It’s a beautiful piece of work,” says Michael Minkler, “the right subject matter, the right words, the right style, and fabulous acting. We were in it the moment we read the script; it was a joy to work on.”

The movie has a complex soundtrack, according to Christian Minkler. “Along with narrative scenes and football action sequences, it features broadcast footage from televised games. “A lot of creative work was done on the stage,” he recalls. “When the music came in and we blended it with the rich dialogue and effects tracks, the soundtrack gelled with the themes of the film.”

Concussion was the first time that Michael and Christian have collaborated on a project in nearly 20 years since Alfonso Cuarón’s Great Expectations in 1998.  Michael describes their work on Concussion as a priceless experience, noting, “I discovered how talented Chris is and that the praise that I have been hearing for years was so deserved.”

Christian Minkler says that joining Sony Pictures represents not only an opportunity to work on great film and television projects, it also affords the resources and space to experiment with emerging sound technologies. “We’ve set up our own cutting room where we can work out ideas for upcoming shows, and try out new software and sound tools,” he says. “The people at Sony have gone out of their way to make us feel comfortable and they have provided us with everything we need to do our best work. It’s a great relationship.”