Although admissions in the European Union and the UK increased by 31.5 percent in 2021, it turned out to be another difficult year for cinema going in the region, according to a report from the European Audiovisual Observatory. Multiple factors, like the ongoing closures of cinemas, particularly in the first half of the year, the negative effect of attendance restrictions, possible hesitancy among audiences to return to cinemas, the return of US studio blockbusters and the differing strength of local films, contributed to the European theatrical markets making progress, but rather slow progress, in returning to pre-pandemic levels. 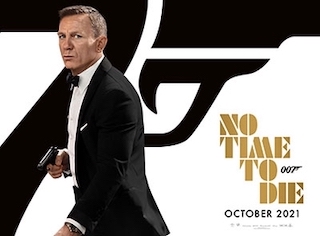 There were significant differences in box office development across the individual European markets, which evidently need to be interpreted in light of the differing degrees to which the individual markets had collapsed in 2020 as well as differences in cinema closures. Overall admissions in 2021 increased in 17, decreased in eight and stagnated in two out of the 26 EU member states and the UK for which 2021 data were available. The highest year-on-year increase was registered in Bulgaria (+91 percent), Croatia (+77 percent), the UK (+68 percent), Cyprus (+57 percent), Ireland (+56 percent), Poland (+55 percent), Spain (+53 percent) and Romania (+53 percent). In contrast admissions declined particularly in Estonia (-23 percent), the Netherlands (-15 percent), Slovakia (-14 percent), Lithuania (-13 percent), Italy (-12 percent) and Finland (11 percent).

Outside the EU and the UK, theatrical markets grew strongly on a year-to-year basis in Bosnia-Herzegovina (+186 percent), Montenegro (+125 percent), the Russian Federation (+64 percent) and Iceland (+51 percent). Cinema attendance however continued to drop by -28 percent in Turkey, which registered the lowest admissions level in recent history.

US studio titles returned to European cinemas in 2021 and accounted for all the top 20 titles in terms of admissions. Two films stood out, No Time to Die (GB INC / US) topped the charts and was the only films to sell more than 30 million tickets in the EU and the UK. It was followed by Spider Man: No Way Home (US) which sold 27 million tickets in 2021. 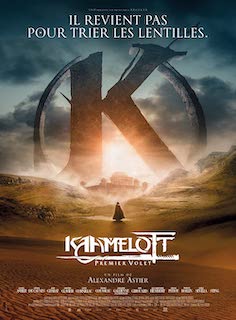 While European films benefitted from the absence of US blockbusters in 2020, admissions growth in 2021 was primarily driven by the return of US blockbusters, according to a report from the European Audiovisual Observatory. US films are estimated to have sold around 230 million tickets in 2021, 82 million more than in 2020, while admissions to European films actually declined from an estimated 118 million in 2020 to 104 million in 2021. This compares to a pre-pandemic average of 644 million and 271 million tickets sold to US and European films, respectively.

The market share of European films therefore dropped from its exceptional record high of 39.5 percent in 2020 to 26.5 percent, which is well within its normal range. US market share on the other hand jumped back from its record low of 49.5 percent in 2020 to 58.6 percent, which is still below its pre-pandemic levels while European films with incoming investment from US studios, led by No Time To Die (GB inc /US), and films from the rest of the world, captured above average market shares of 9.3 percent and 5.7 percent, respectively.

Having reached a comparatively brief temporary standstill due to the lockdown measures taken all over Europe in March 2020, film production never collapsed in the same manner as box office did and indeed seems to have recovered fully by 2021 with a total of 1,836 feature films produced in the EU and the UK in 2021, up 426 films (+30 percent) from 2020. While this production level comes in shy of the record high of 2 018 feature film productions in 2019 it is the third highest level registered in recent history.

The question is whether this increase in production activity indicates a sustainable return to previous production levels or whether it represents a mere catch-up in 2021 of films whose production was interrupted or stopped during the crisis, a level that will not be sustainable as long as cinemas have not returned to their usual attendance levels.