"Since its inception, ETC has played a one-of-a-kind role, first in the transition from analogue to digital and now in the connected, converged and immersive world of personalized and specialized content," said Kenneth Williams, ETC's executive director. "We are celebrating our accomplishments and stating our intent to help lead the next round of innovation at this critical juncture." 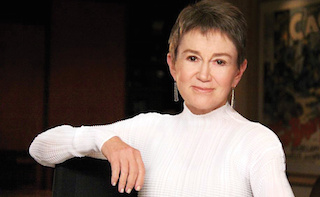 Daley was ETC's founding dean and has served on the organization's board since its inception. Explaining her selection, Williams said, "Elizabeth has been instrumental in crafting ETC's agenda since day one. Plus, her importance as a technology enabler cannot be overestimated. By arming USC students with the latest digital tools, the Dean has reshaped how the new generation of filmmakers tells stories."

ETC's annual Studio Technology Leader's dinner draws a who's who of technology executives.

Over the past twenty-five years, ETC has produced educational events; published a daily newsletter and whitepapers; built models and apps, conducted tests and proof of concepts, and accelerated the adoption of industry specifications and best practices.

Hosted the research for Digital Cinema Initiatives Specification 1.0 published 2005, which enabled the transition from film to digital projection.

"ETC is and will continue to be an essential to the entertainment industry ecosystem," concluded Jamie Voris, chief technology officer, Walt Disney Studios and ETC board member. "The organization's ability to bring together business, technology and academic minds in an open and collaborative forum means that they're able to drive ideation and innovation in a truly special and unparalleled manner. "

The Entertainment Technology Center at University of Southern California http://www.etcenter.org