The American Society of Cinematographers presented its annual awards during a virtual ceremony on Sunday, with Erik Messerschmidt, ASC claiming the top prize in feature film for Mank. The 35th ASC Outstanding Achievement Awards also honored Aurélien Marra for Two of Us in the Spotlight Award category, and Michael Dweck and Gregory Kershaw for the documentary The Truffle Hunters. 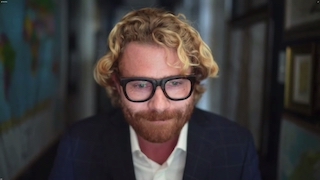 Winners in the TV categories included Steven Meizler for The Queen’s Gambit; Fabian Wagner, ASC, BSC for The Crown; Jon Joffin, ASC for Motherland: Fort Salem; and Baz Idoine for The Mandalorian. TCM’s Ben Mankiewicz hosted the awards show, which was streamed live from the historic ASC Clubhouse in Hollywood.

Joffin and Wagner are the only two previous ASC winners. Joffin won the ASC Award for Beyond (2019) and earned nominations for Alice (2011) and The Andromeda Strain (2009). Wagner took ASC’s top TV prize for Game of Thrones (2017) and received an additional two nominations for his work on the show (2015, 2016).

Writer-producer-director Sofia Coppola was also presented with the ASC Board of Governors Award by Ed Lachman, ASC and Philippe Le Sourd, ASC, AFC. The award recognizes Coppola’s significant and indelible contributions to cinema. It is the only ASC Award not given to a cinematographer and is reserved for filmmakers who have been champions of the visual art form. This year, the award was sponsored by Picture Shop.

Last year’s ASC feature film winner was Roger Deakins, CBE, ASC, BSC for 1917, who went on to win the Oscar for Best Achievement in Cinematography.

A complete list of nominees and award winners can be found on the ASC website at www.theasc.com.