The European Digital Cinema Forum offered its annual global seminar at IBC 2022, which wrapped up in Amsterdam last week. This year’s agenda included a general market overview and current industry topics such as cybersecurity, high dynamic range, the cinema ecosystem and its challenges, and audio quality in the cinema. 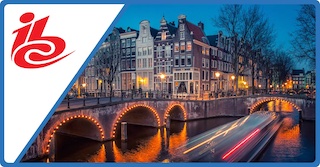 In his opening keynote David Hancock, chief analyst at OMDIA, presented the latest figures on the international cinema market, which has been hit hard by the pandemic-related shutdowns of recent years. While there has been a noticeable recovery this year, with attendance back up to 2019 levels at times in many places, it has not been consistent across all markets. For example, some markets, including the UK, saw strong growth in attendance figures this year, some took longer to regain their footing. Yet overall, Hancock said, the industry sees an upward trend. However, visitor loyalty strongly depends on content: Local content was found to be a driving force for recovery in individual markets although Hollywood is still king. When it comes to Hollywood films, only blockbuster sequels like Spider-Man: No Way Home and Top Gun: Maverick dominated the box office.

Content distribution via IP/IT has been the preferred method for cinema content delivery in the Netherlands for years. Cathy Huis in ‘t veld-Esser, CTO of gofilex, and Barry de Bruin, CTO of the Pathé cinema group in the Netherlands, addressed what cyber security risks are lurking in today’s cinema IT environments.

Huis in ‘t veld-Esser explained what types of cyberattacks exist (phishing, ransomware, malware) and how they can enter the cinema network, such as via the hardware or software used, mobile phones, or even the website. 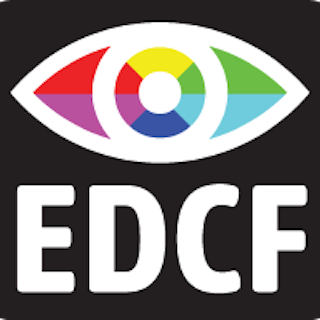 De Bruin emphasized the difficult balancing act that cinemas have to manage between hospitality and necessary security measures. Pathé Netherlands uses a hybrid approach to cybersecurity: On the one hand with a security officer who is responsible for compliance with the applicable data protection regulations and the legal framework. On the other hand, they rely on “ethical hackers” who are responsible for the security of the system itself.

Infrastructure security focuses primarily on the WAN/LAN networks and their endpoints, the digital platforms and the 365-degree Microsoft environment. In the latter, the main focus is on protecting the employees, who have to deal with many different end devices, from external threats through various measures such as spam and phishing filters as well as by multifactor authentication.

Radoslav Markov, IMI Bulgarian Academy of Science, dealt with threats to the cinema market of a completely different kind. He looked at the current conflicts affecting the industry itself and the challenges it faces as a result. He pointed out that while cinemas were doing their utmost to meet the demands placed on them by various governments and standards organizations, there was no support or strategy from the manufacturers with regard to many issues. The current global crisis with rising inflation, the threat of war, and, consequently, conservative investment habits also had to be taken into account. Therefore, he sees it as indispensable that all parties try to find solutions together.

Julian Pinn, who addressed the audio quality in cinemas, began with the SMPTE standards for immersive audio in cinema and then took a look back at the development of sound in cinema from its beginnings until today. He said that he expects new players to enter the market today and in the coming years, bringing with them new insights, which will also require new terminology and specifications.

Pinn reminded the audience of the two ISO standards, ISO2969 and ISO 22234, which define the electroacoustic environment in cinema sound studios and in cinema screens. To him, it is obvious that an increasing amount of content is not mixed specifically for the cinema which indicated either the ignorance of cinema standards or is due to the fact that the sound mixes for the cinema are created last-minute. In terms of loudness, even technically good mixers do not necessarily understand the sound pressure associated with such recording levels.