The 12th edition of DTLA Film Festival, a leading annual showcase for indie films in Los Angeles, has announced that it will postpone its 12th edition until further notice. Citing the worsening Covid-19 coronavirus epidemic and recommendations by the Centers for Disease Control and other agencies for all citizens to avoid public events, festival organizers said the time had come to pull the plug on this year’s festival. 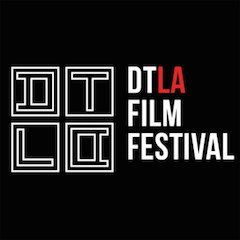 “Of course, we’re disappointed that our festival this year will not move forward, but the safety of our participating filmmakers, festival-goers and everyone else associated with the production of our event is our paramount concern,” said programming director Karolyne Sosa.

Last year’s festival, held October 23-27, presented more than 100 films including 40 narrative and documentary features, the vast majority making their Los Angeles premiere screenings at the festival. The festival also featured the city’s first-ever dome film series. The mission of the nonprofit festival is to present films by and about groups traditionally underrepresented by Hollywood, notably women and people of color, and to explore new cinematic technologies.

Over the past decade, the festival has grown to become the single largest film event in downtown Los Angeles, the historic center of the Film Capital of the World. Feature films debuting at the festival have later been released by leading distributors, including Netflix, Showtime, Amazon, Samuel Goldwyn, Gravitas Ventures, Roadside Attractions, Magnolia Pictures and The Orchard.

“We were rapidly approaching the point of no return for planning this year’s festival, which had been tentatively scheduled for October.  We need a minimum of 6 months to produce our five-day event, and the news has been getting progressively worse about the pandemic, especially here in California,” said festival director Greg Ptacek. “Unfortunately – and I didn’t think I’d ever regret this – our event has grown too large to be held safely in these distressing times.”

Organizers hope to announce new dates for the next festival by the end of this year.