Donna Speciale Appointed to NCM Board of Directors

National CineMedia, the largest cinema advertising network in the U.S., today announced that Donna Speciale has been appointed to its board of directors. A trailblazing advertising executive with extensive experience on both the advertising agency and media network side, Speciale was most recently the president of advertising sales at WarnerMedia where she oversaw advertising revenue for the company’s domestic entertainment, news and kids’ television and digital brands since 2012. 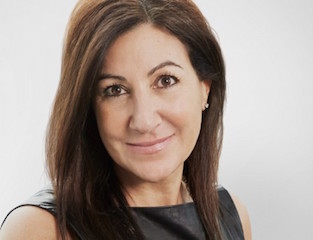 While in this role Speciale also developed a suite of brand content studios and launched a social practice that helped better the overall ad and consumer experience and drove new revenue streams to the company. She joined Turner Broadcasting in 2012 as president of Turner Entertainment and young adult ad sales, maximizing advertising revenue for TBS, TNT, truTV, Cartoon Network, and Adult Swim.

Prior to that, from 2003-2012, she worked directly with clients on the agency side as president of investment, activation and agency operations at MediaVest Worldwide, overseeing the agency’s integrated digital, broadcast, print, and out-of-home practice and overseeing media investments for brands such as Kraft, Walmart, P&G, and Coca-Cola. Her past advertising agency experience also includes nearly 15 years at Mediacom on the broadcast team in a variety of leadership roles including executive vice president of national and local broadcast, managing media investments for brands including Warner Bros., GlaxoSmithKline, Hasbro, Kmart, Staples and Subway. She began her advertising career at Leonard Monahan Saabye.

Well known for driving innovation in the media marketplace, Speciale has received numerous industry awards and has served on the board of directors for industry associations including Makers, She Runs IT, The Advertising Club of New York and the Video Advertising Bureau (VAB). She also currently serves as a board member for Digital Remedy.

Speciale, who is also known as Donna Reisman, was nominated by Cinemark Media.

Commenting on Speciale's appointment, NCM CEO Tom Lesinski said, “I have had the privilege of working with Donna in my career at Warner Bros., and I welcome her as our new director. Donna has tremendous media and advertising industry experience, and she brings a valuable strategic perspective to our Board as both a former ad agency executive and a premium video and digital sales executive. I look forward to working together with her and benefiting from the fresh perspectives on exhibition, media strategy, marketing and cinema advertising that she brings to the table.”

Speciale said, “I am honored to be a member of National CineMedia’s board. It’s an exciting time to be in this business, as every medium is going through its own major transformation and the cinema space is no exception. In a world where consumers truly control their content, only cinema provides a captive, highly valuable and engaged audience in an environment that delivers the opportunity for beautiful, big-screen storytelling. I am thrilled to be able to work with the board and the management team to help shape NCM’s bright future.”