The organizers of the second annual Dome Fest West have announced their slate of featured, 360-degree media shows and full-dome films, as well as the three keynote speakers for the event, which will take place October 6-9 at the Orange Coast College Community Planetarium in Costa Mesa, California. 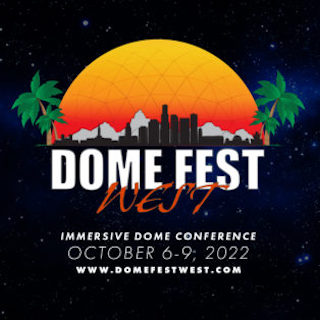 Dome Fest West is an annual, 360-degree film festival and conference that brings together the filmmaking community, Hollywood filmmakers and up-and-coming immersive content creators from around the world. This year’s festival will screen numerous, fully immersive, full-dome, 360-degree media shows, chosen as the best productions of 2021-22.

The festival will also include new technology presentations, industry panels, interactive workshops, industry gatherings and parties. Event organizers expect up to 300 immersive filmmakers from around the globe to attend this year’s festival in-person as well as virtually.

Lantz, a co-founder of the event, will address the topic: The Metaverse, Domes, and XR Stages: A Grand Convergence? Collins Petersen, CEO of Loch Ness Productions, will present It All Began in a Cave: The Immersive Experience. Reeves, the founder and CEO of Tripp, will discuss the company’s offerings that now extend beyond virtual reality to include augmented reality and mobile, making Tripp the only cross-platform wellness application.

Visit the festival’s website for more information including a list of the scheduled shows and films. Dome Fest West https://www.domefestwest.com