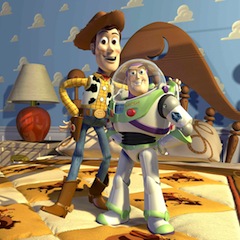 Disney and Christie have always shared a special bond. Toy Story was the first all-digital movie, created digitally and shown on a digital projector in theatres. The digital projector was from Christie. Many of Disney’s major world premieres, such as Pirates of the Caribbean, have been screened on Christie projectors.

“Disney continues to push the limits of technology and innovation, and we at Christie are honored that we have this long-term opportunity to bring our considerable technology and service resources to bear to support Disney’s movie business,” said Jack Kline, president and COO, Christie Digital Systems USA Inc.

A combination of 2K and 4K Christie Solaria Series DLP Cinema projectors will be delivered to Disney in 2013, beginning with Disney’s worldwide headquarters in Burbank, California.