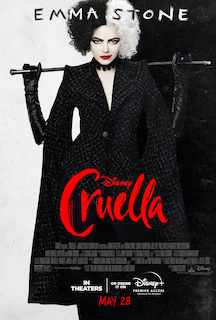 Cruella shot in London from late August 2019 until the beginning of December 2019, after which Riegel, her first assistant editor, Dan Boccoli, and two additional assistants, along with a visual effects editor and assistant, started working in Hula Post’s Westside Los Angeles facility.  Hula Post set up six Avid workstations with 40T of Nexis shared storage for the editing and VFX editing teams.  Riegel finished the director’s cut in mid-March 2020; however, due to COVID-19 and the safer at home orders mandated by California and Los Angeles County, everyone had to abruptly stop work.

Hula Post quickly transitioned the assistant editors and VFX editors to work from their homes through its Hula Post Everywhere service. An Avid Media Composer was set up locally at Hula Post for each editor, then using Hula Post’s Residential Remote Interface in-home installation, each one accessed their system via a secure connection with dedicated bandwidth and storage.  The media was stored in the Datacenter, set up in a unique, secure environment at Hula Post’s headquarters in Burbank.

“I was astounded by how fast Hula had us up and running from home; it was as if they had prepared for this scenario well in advance,” said Dan Boccoli, Cruella’s first assistant editor. “After a brief learning curve using the remote systems, we were able to work as efficiently as we did in the office.”

Riegel elected to work as if she were in the office, which meant Hula Post’s technicians, using stringent safety protocols, installed a complete Avid system in her home where she used an independent hard drive with Boccoli sending media to her daily via Aspera.  “I’ve worked with Hula Post many times over the years, and the experience is always fabulous,” said Riegel. “They did a remarkable job of transitioning the team to working from home.”

Associate producer Lori Korngiebel’s responsibility was to manage post-production on Cruella so that all was done and delivered on time.  Therefore, she began to assess the impending situation to make a contingency plan if the unavoidable suddenly occurred.  “I talked to our team at Hula about what might be coming our way a couple of weeks before things got bad,” she said.  “We figured out how many Avids we needed, how to launch a remote workflow and arrange security protocols; they were simply brilliant at working out what we needed ahead of time.”

Once the inevitable happened, it was just a matter of implementing the plan. “The way everyone pivoted on a dime was fantastic,” she said. “The editors are arguably the best editing team I’ve ever worked with, and the way Hula navigated us all through this unprecedented time was amazing.”

Cruella is a live-action origin story based on Cruella de Vil's character from the 1956 novel, The One Hundred and One Dalmatians and her rise to wickedness. Set in 1970s London, Estella Miller (Emma Stone) is an aspiring fashion designer who admires yet seeks to destroy her eventual nemesis, the Baroness von Hellman (Emma Thompson).