Post-production innovator and software development company DigitalFilm Tree has named Nancy Jundi as chief operational officer. Jundi brings a wealth of experience to her new role, with more than 20 years of experience guiding entertainment and technology companies, both start-up and global, through exceptional growth challenges. She has been an outside consultant to DFT since 2014 and will now be based in DFT’s Los Angeles headquarters, where she will join founder and CEO Ramy Katrib in pioneering revolutionary new offerings for DFT and the industry. 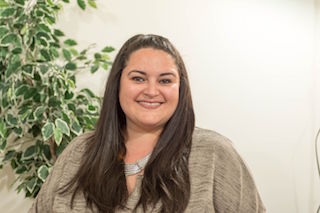 “DigitalFilm Tree has always been education and evolution forward,” says Jundi. “Ramy and DFT pioneered the adoption of file-based post and IT workflows as well as the elevation Final Cut Pro for professional film and television editorial. There are few companies that have avoided grave technological pitfalls or pigeon holes the way DFT has across 20 plus years. It’s a great honor and privilege to be with this team as we once again alter the landscape of our business and how storytellers bring their work to life.”

Jundi began her career in investment banking and asset protection before segueing into the entertainment industry. Her experience includes leading sales and marketing at Runaway Edit during its acquisition by The Post Group, where she then joined the team as director of marketing and communications to unify the end-to-end post facilities into TPG’s singular brand narrative. She later co-founded ModeHQ, which was acquired by Pacific Post.

Since 2012, Jundi’s versatility has allowed her to serve as a consultant to companies in industries as varied as financial technology, healthcare, eCommerce, and entertainment, with brands such as LAbite/GrubHub, Traffic Zoom, and GoBoon. Most recently, she served as interim senior management for CareerArc, where her contributions helped them to secure $30 million in growth equity.

Jundi is also a respected lecturer and writer—having spoken at Pepperdine, SXSW, and The L.A. Film Festival, as well as contributed to ACE’s CinemaEditor Magazine and Post Magazine—who is committed to furthering professional education and knowledge-sharing with the next generation.  Elsewhere, she is an active volunteer with Together We Rise, and the founder of HumanToo, an outreach program serving homeless communities across America.

“Nancy is simply one of the smartest and most creative thinkers I know,” says Katrib. “She is the rare interdisciplinary – the creative and technological thinker that can exist in both arenas with clarity and tenacity. We are fortunate to have her insight and talent at this exciting juncture of our company’s growth.”