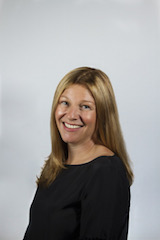 In making the announcement, William Sherak, president of Deluxe Post Production said, “The expansion of our new Post Production group has taken another huge leap forward with the addition of Barbara Jean to the organization. As we continue to see talent crossover throughout every corner of our business, Barbara Jean brings an impressive background to her work bridging both film and television at Deluxe. It’s a great pleasure to welcome her to the team.”

With nearly 20 years of experience in filmmaking, Kearney spent the latter half of her career facilitating post-production on critically acclaimed features, including 2017’s The Florida Project and Lady Bird, the latter of which earned two Golden Globe Awards, and was nominated for five Oscars and three BAFTAs. She has deep ties to the New York film community and holds an affinity for projects with an independent spirit. Prior to feature sales, Kearney was a digital intermediate executive producer at Technicolor, and has also held management and producer roles at Stretch Films, MTV, and Odyssey Entertainment.

Said Kearney, “It’s a dynamic time for the industry; there are revolutionary changes in how consumers experience content, and filmmakers of all backgrounds are being given a unique opportunity to realize their visions. As a part of the Deluxe team, I’ll have access to the tools to make a real difference for content creators worldwide, and I look forward to uniting original voices with Deluxe’s global resources and incredible talent.”

“Barbara Jean is a highly respected and well-loved member of the indie film community, and we’re lucky to have her at Deluxe New York,” said Domenic Rom, Deluxe’s President and GM of TV Post Production. “She will be a cornerstone of our growing team, along with senior vice president sales Russ Robertson and Senior Colorist Sam Daley, and we’re excited for our next evolution as a facility.”