Deluxe announced today that Anna Lee has been appointed to the newly created role of chief strategy officer. Lee will report directly to Deluxe chief executive officer Cyril Drabinsky and be responsible for developing, communicating, executing, and sustaining strategic initiatives for the company. 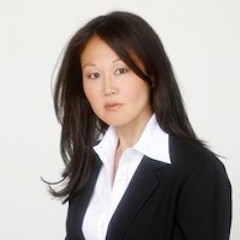 In making the announcement, Drabinsky said, “Anna is an exceptional leader and her experience in digital cinema, supply-chain workflows, and the global OTT space will ensure that Deluxe can maximize opportunities given the dramatic shifts in the marketplace.”

Lee joins Deluxe from Netflix, where she most recently served as head of global content services. She joined the company in 2008 as vice president, supply chain development, and later became vice president of content acquisition, adding the role of head of global screenings in 2019.

“I’m honored and thrilled to be joining such an iconic company that continues to shape the media industry through innovation and technology, as well as becoming part of the management team that will steer its evolution,” said Lee.