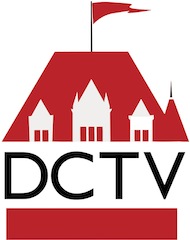 Downtown Community Television Center's program Media Enabled Musketeers will partner, this fall, with Moscow's Journalism Advancement and Support Center to connect disabled citizens with American and Russian local media organizations.  Project partners will conduct community training seminars on disability sensitivity as well as workshops on documentary storytelling for citizens with disabilities, journalists, and journalism students.  Journalists will pair up with disabled citizens to produce short films about issues that affect their community.

Participants from Russia and the U.S. will travel to each other's countries to work together to make collaborative short films about disability issues.  In September, Media Enabled Musketeers will hold a mini festival of completed films, which will be hosted by the Moscow Documentary Film Center.  Come October, DCTV will host a similar event in New York City, completing the exchange.

One of the films showcased is Jonathan Novick's eye-opening Don’t Look Down on Me, which took the Internet by storm, going live on Youtube August 7th.  The short chronicles a day in the life of Jonathan, living in New York City, who was born with Achondroplasia, the most common type of dwarfism.  Jon uses footage from a hidden camera disguised as a button on his shirt to show what he has to deal with: mistaken identity, harassment, condescension, and bigotry.  The film has already garnered over two million views, with coverage on Inside Edition, BBC Trending, Yahoo, Huffington Post, The Gloss, Laughing Squid and many others.

"This is why we picked up cameras 40 years ago: to help give a voice to the voiceless.  We are inspired by the films this talented group has made.  And excited at the reception from the public.  In America and Russia,” said DCTV's cofounder and 16-time National Emmy winner, Jon Alpert.

Olga Kravtsova, who handles the Russian side of this multi-national program, currently works for the Center for New Media and Society in Moscow and the Journalism Advancement and Support Center. She has a background in psychology, holds a PhD degree from Moscow State University and has worked with different traumatized populations since 1994. Kravtsova has studied human rights, trauma and related issues and is co-author of two books and several articles on the psychology of trauma and social tolerance.  Kravtsova has served as a trainer in the field of reporting in traumatic situations and stressful conditions for journalists in Russia and other countries.

DCTV is a media arts center that fosters diverse viewpoints by providing professional training, state-of-the-industry resources, and by creating outstanding documentary productions, with the belief that diversity of expression strengthens our democracy and enhances civil society.

Founded by Alpert and Keiko Tsuno, DCTV has fostered a diverse and inclusive media arts community for 40 productive years. DCTV pursues its educational mission by introducing members of the community to the basics of electronic media through hundreds of free or low-cost production courses and access to broadcast-quality production equipment.