The Digital Cinema Distribution Coalition has announced that it will once again pay rebates to all its customers based on their continued use and support of the network. DCDC first provided rebates in March 2020 after paying back its founding investors (AMC Theatres, Cinemark Theatres, Regal Entertainment Group, Universal Pictures, and Warner Bros.) their initial investments in full. 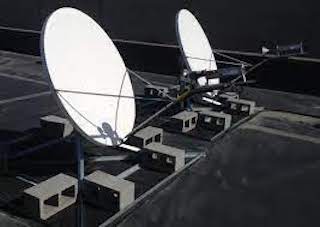 DCDC CEO Howard Kiedaisch said, “We’re very excited to be able to continue to fulfill the promise made at DCDC’s inception to pay out any surplus cash as rebates to all users of the network – one of the benefits of being an industry coalition. As the release schedule is still gaining its stride post pandemic, it’s great that we can help with some cash contribution despite the fact that the industry was not yet back to full strength this past year.”

DCDC has revolutionized the delivery of movies to theatres across the country, moving the industry standard away from physical hard drive to encrypted digital files delivered via satellite. The DCDC Network has successfully delivered thousands of feature films, events, trailers, and special content to theaters across the country.

The pioneering North American theatrical content distribution company which launched on October 1, 2013, continues to grow with more than 3,140 sites and more than 33,590 screens in the network across the U.S. DCDC recently announced that the live theatrical footprint had surpassed 800 sites and anticipate reaching 1,000 live enabled sites by the end of 2022.